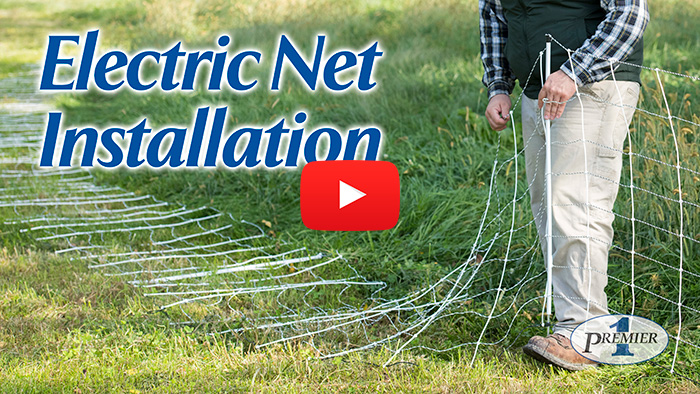 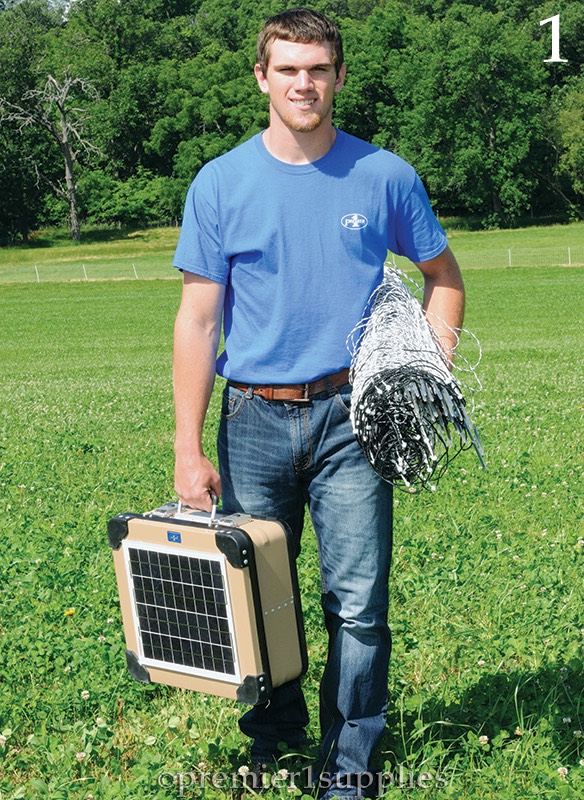 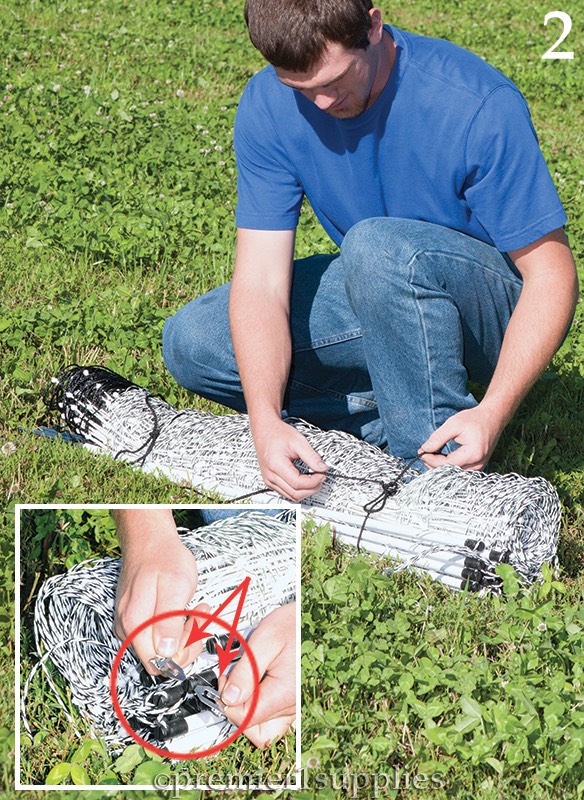 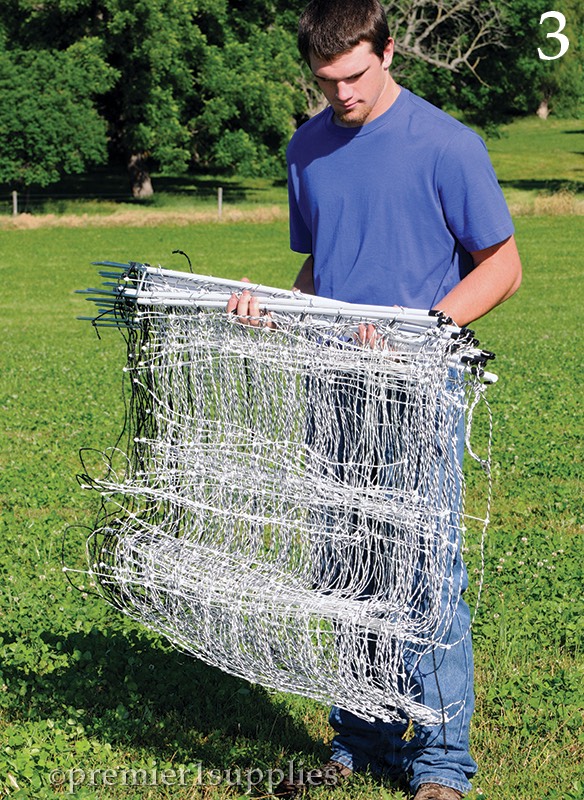 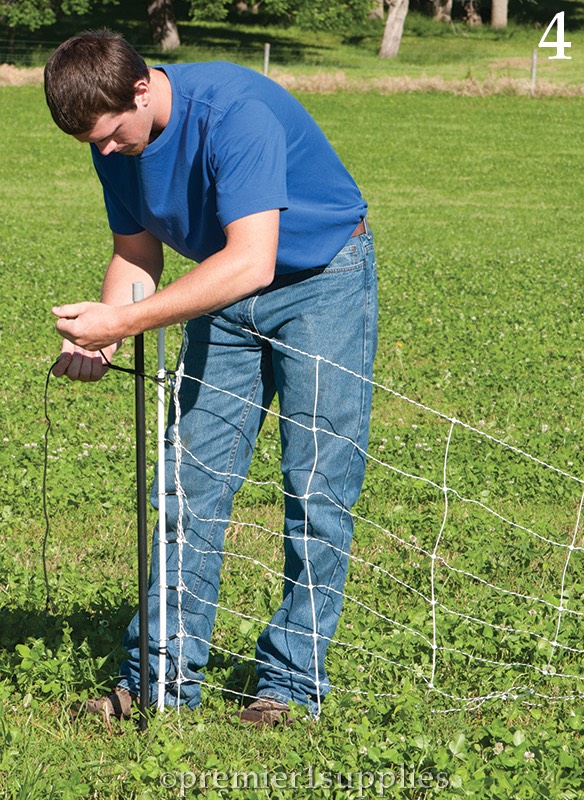 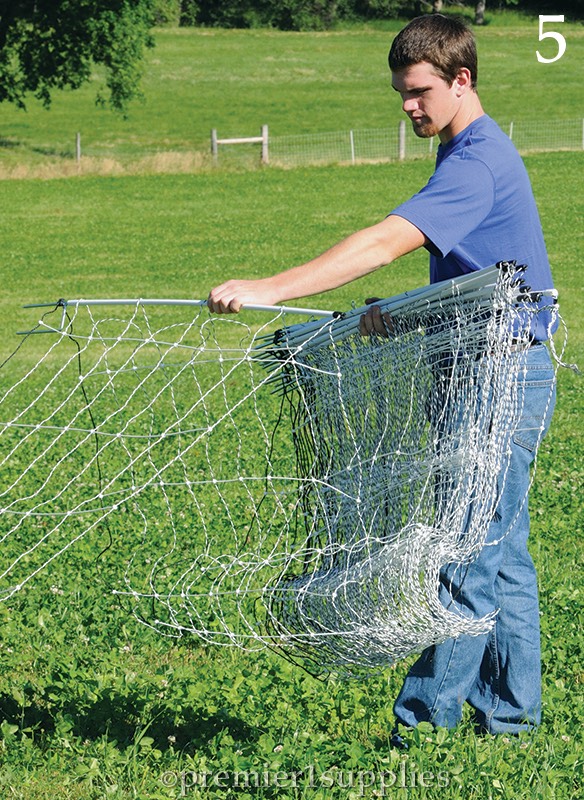 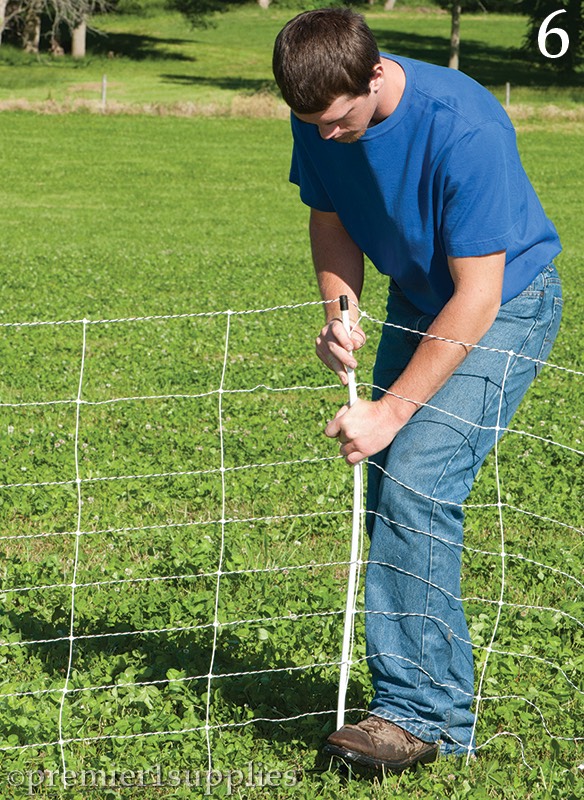 5. Unfolding the net. Grip all remaining posts as a group and lift them up in front of you. Then walk backwards along the intended fence line, “feeding out” each post as it’s pulled from your hands, thereby unfolding the netting. To reduce the risk of tangling the netting, try to drop or toss each post in sequence, helping to free it from the other posts you are still holding. Unfold entire roll of netting along the fence line. 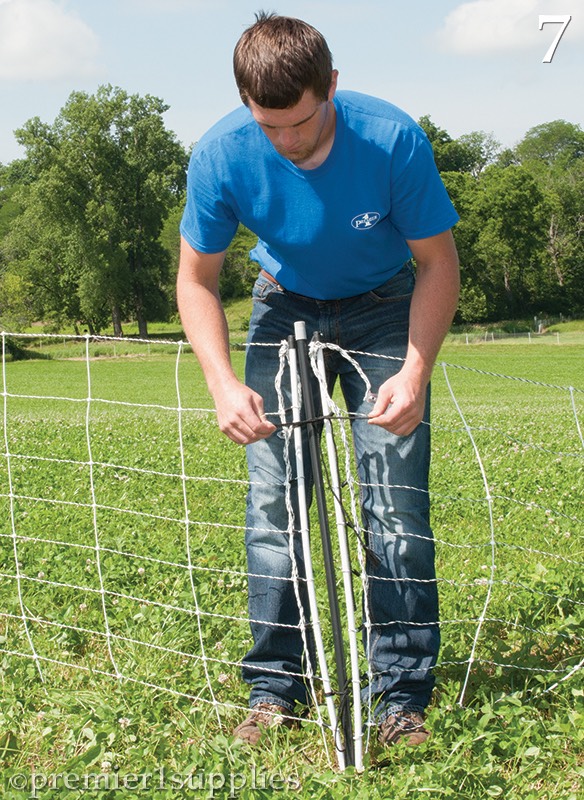 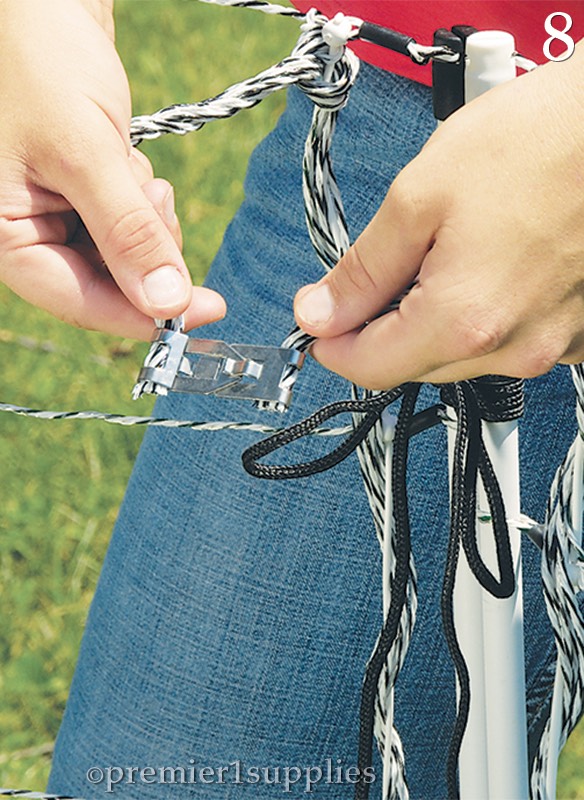 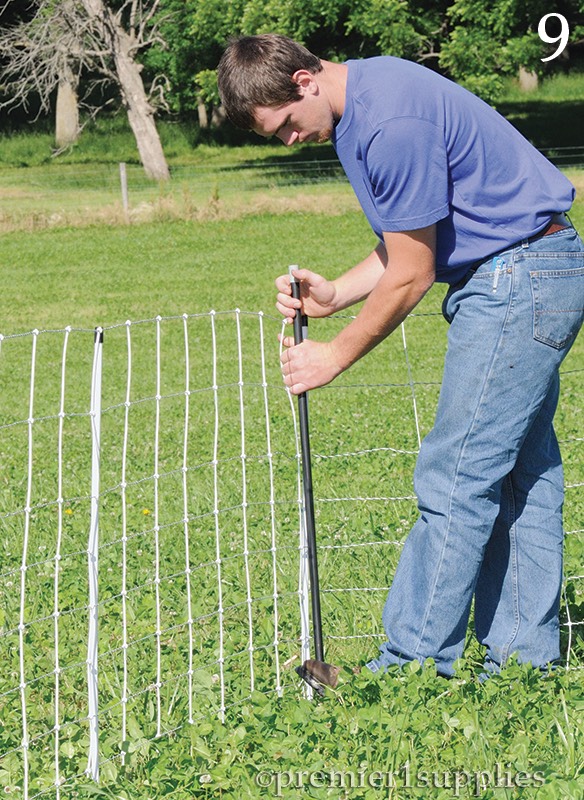 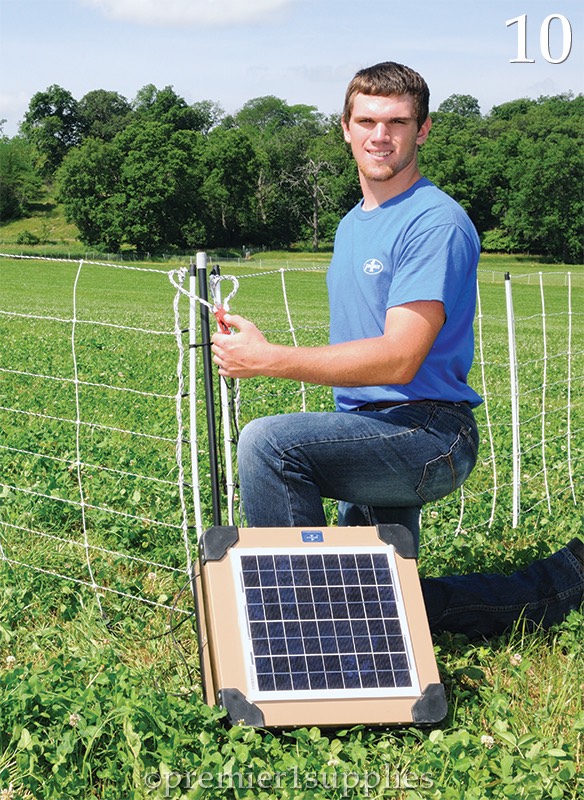 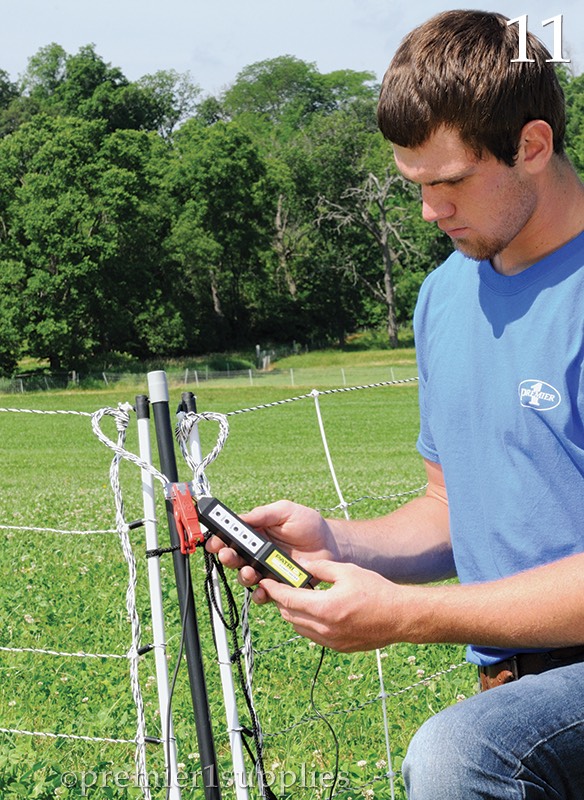 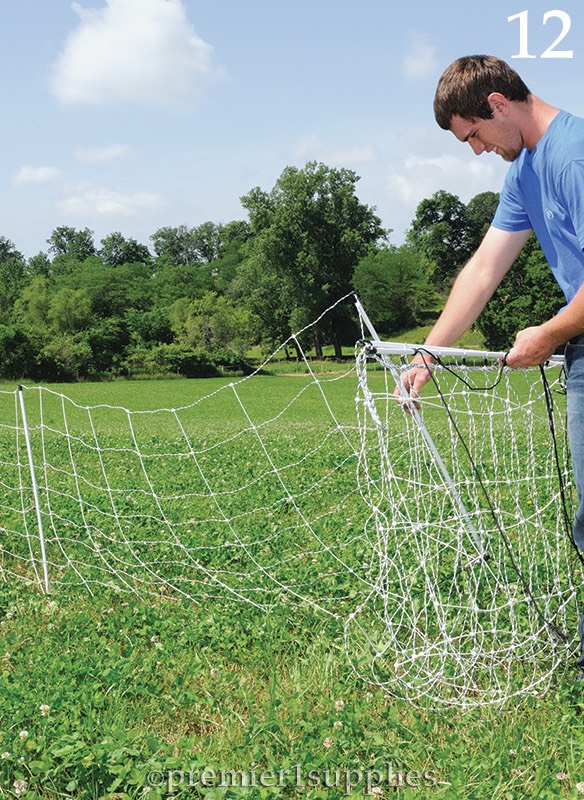 12. Moving (or removing) net. Disconnect the fence from the energizer. Then walk along the fence, progressively removing the posts from the soil and holding them in your hand in a tidy bundle. This allows the netting to fold together into 6-foot-long pleats as it drags along behind you. To keep the bundle of posts tidy, rest the tops against your belt or hip as you walk. Removing twigs and trash from the net as you fold it up. This will save time later when you reinstall the net. 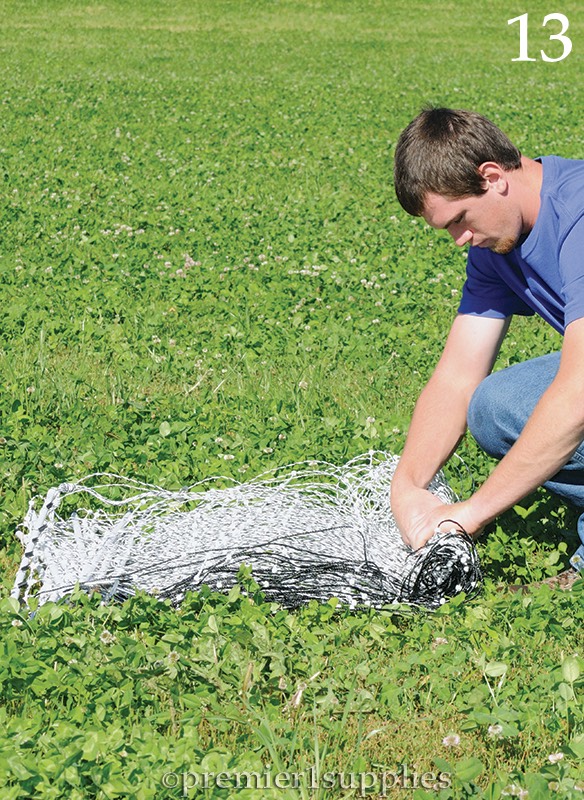 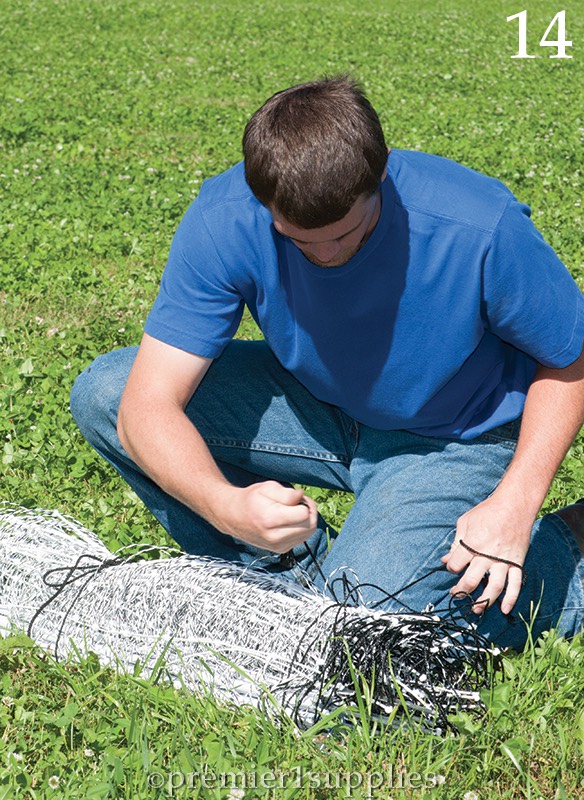 Need help with your energizer or fence? Our Electric Fence Troubleshooting Guide may solve common problems.