One of the most challenging problems facing the owners of livestock, and small ruminants in particular, is that of internal parasites like barber pole worms.

At one time, we thought this problem was a thing of the past when anthelminthic drugs like fenbendazole and ivermectin were developed. However, this reprieve was short-lived as parasites soon developed resistance to these new tools. Some innovative producers are now turning to nature’s way of reducing internal parasite burdens on their livestock: Grazing management that reduces parasite infestation, and using pasture plants that contain compounds that are antagonistic to the worms.

Intestinal parasites typically have a life cycle in which the grazing animal ingests parasitic larvae that have crawled from manure onto an adjacent forage plant. Inside the animal, the larvae develop into adults and shed eggs that are deposited back onto the pasture via manure to produce new larvae.

One simple method to reduce the odds of parasitic larvae being ingested by the host animal is to simply avoid overgrazing. Animals naturally (and understandably!) avoid grazing too close to their own manure; since the area immediately surrounding the manure has the highest level of parasite infestation, this avoidance helps prevent heavy infestation. But when food becomes scarce, animals are forced to graze closer and closer to their own manure resulting in an ever-worsening infestation.

Another reason overgrazing increases infestation levels is that the larvae are susceptible to drying out in the sun and wind as they climb higher and higher onto the plant. The vast majority of live larvae will be found in the bottom four to six inches of the pasture vegetation. If pastures are never grazed closer to the soil than six inches, then animals should have very few parasites once effectively dewormed. This sounds simple enough, but not many animals get the memo and choose to eat below this level.

How do you keep animals from grazing too low?

It is critical to maintain a stocking rate that allows animals to be selective and not overgraze. But even with low stocking rates, there is often patchy grazing—animals will ignore some plants while grazing other plants to ground level. You can gain control over this situation through rotational grazing.

In an unmanaged situation, animals choose the youngest, most tender plant material available. As the season progresses, there is regrowth from plants that have been previously grazed. But plants ignored earlier are usually ignored later as well, unless regrowth becomes scarce.

Under rotational grazing, particularly with frequent moves on a daily or even twice-daily basis, it is possible to ensure that animals feed from every plant in the field, but then are moved before they have consumed forage too close to the ground. This not only keeps the plant in a very productive state of growth, it prevents animals from ingesting many parasitic larvae.

Many larvae become infective about 21 days after manure deposition, so having a recovery period of more than 21 days will increase their mortality rate. Larvae will be desiccated by sun and wind before they reach the “safe” confines of an animal.

Most parasites are host specific and can only live in that one livestock species. Barber pole worms are deadly to goats, but cannot survive in a horse, cow, pig, or chicken. If more than one livestock species graze a pasture, any larvae that end up being consumed by a mismatched species will simply die.

Most animals species avoid grazing close to their own manure, but seem to have little aversion to eating close to the manure of others. This means they can consume forage that would otherwise be highly infective to another species. Pigs and chickens actually eat (and relish!) the manure of ruminants, and they derive quite a bit of nutrition from it.

Ruminant manure was a natural source of Vitamin B-12 for millennia prior to the confinement of swine and poultry. In the scratching and consumption of ruminant manure, pigs and poultry dramatically lower the survival rate of parasitic larvae. This means of parasite reduction can be managed either by pasturing all the animals together in one group, or by rotating different species of animals through paddocks in turn, such as running sheep through the paddocks a month or so after it was pastured by cattle previously, and following the sheep a month later with yet another species.

This degree of pasture management requires the right tools for the job. Temporary paddocks for containing cattle can be created using strands of electrically charged polywire and step-in fence posts. When pasturing small ruminants, poultry, or swine, one of the greatest innovations for both containing the animals and protecting them from predators is the development of portable electric netting. It can be quickly set up and taken down to create new grazing paddocks. Electric net fences have been a game changer for the small-scale landowner who wishes to maximize the production and profit from their pasture acreage.

A final method to reduce parasite infestations is the seeding of plants that are known to reduce internal parasites when ingested. There are many chemical compounds that have shown some degree of efficacy against parasites, such as thujone and tannin.

Tannin has many potential benefits to grazing ruminants. In addition to its anti-parasitic properties, tannins help neutralize the alkaloids found in endophyte infected fescue and wild reed canarygrass. Tannin will bond with the bloat-causing proteins in alfalfa and clovers, thus reducing bloat risk on high legume pastures. Birdsfoot trefoil, annual lespedeza, and sainfoin are all very palatable legumes that contain tannin. Chicory and small burnet are two forbs that are known to have therapeutic forms of tannin. Many tree leaves are also high in tannin, such as willows.

There are two ways to use plants containing tannin to help with parasite control:

There is no need for a rodeo and a big vet bill to deworm livestock with these approaches. You just turn them into the paddocks containing the right plants and let animals do what animals do: Eat.

Research has shown varying degrees of efficacy using plants to deworm livestock. The plant-based approach varies from “not quite as good” to “almost as good” as chemical dewormers when used on parasite populations susceptible to these compounds. For example, one study showed an approximate 62% reduction in parasite fecal egg count from the ingestion of a plant know to reduce internal parasites, compared to an 85% reduction with ivermectin. Results, of course, vary based on the amount of the plant ingested by the animal. However, the plant-based approach really shines when the parasite population has developed resistance against one or more classes of chemical dewormers, in which case the degree of control is far better than the little or no control achieved by the chemical.

Ultimately, all the pasture management measures (rotational grazing, leaving adequate stubble heights upon exiting a paddock, adequate rest periods between grazing periods, inclusion of tannin containing forage species, and pasturing of more than one animal species) are well documented means of increasing production and profitability of pastured livestock, regardless of their ability to control internal parasites. So what do you have to lose?

is a Kansas farmer, author, and professional agronomist with a master’s degree from Kansas State University. He specializes in cover cropping and grazing strategies to build soil health. 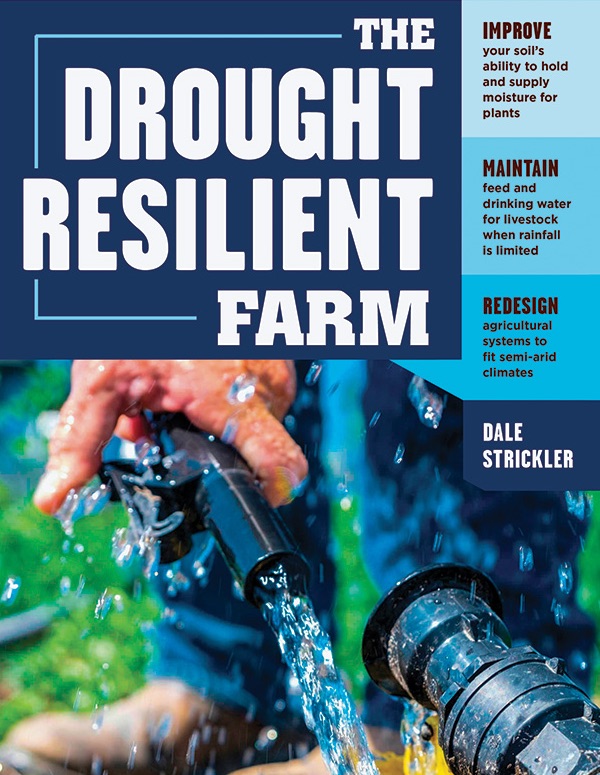 Defend and fortify your crops, soil, pasture, and livestock against inadequate rainfall—and even chronic drought—with strategies that will restore soil productivity through grazing, soil microbiology and cover crops. 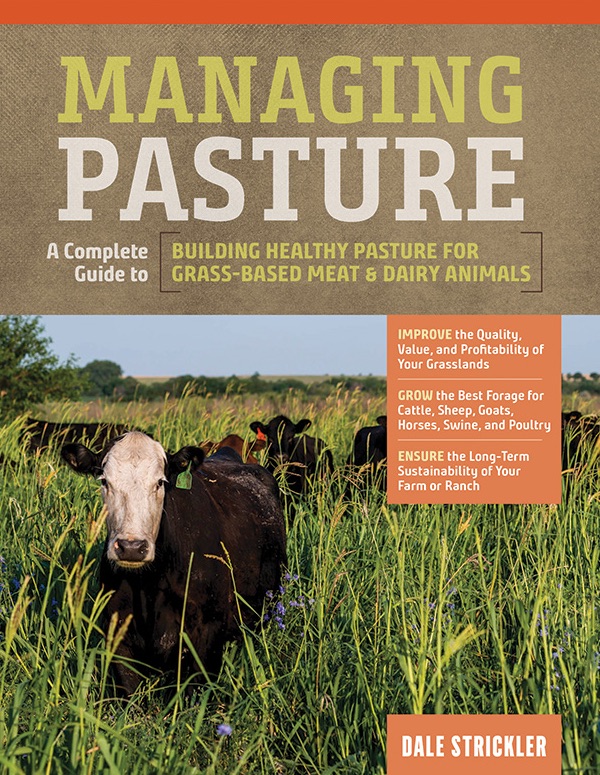 Dale’s straightforward methods for profitable pasture management will revolutionize how you see your grasslands.