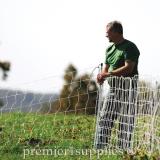 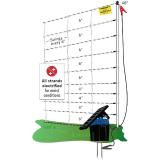 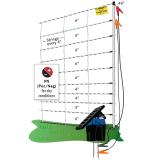 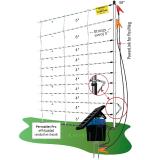 This netting is 48 in. tall with stronger posts is a very secure choice for very critical situations, e.g. gateways, keeping bulls in (and out) and protecting the farm garden.

It's also available as a Pos/Neg fence for dry, sandy or rocky conditions. Ideal for situations when there is too little moisture in the soil to properly ground the fence.

Why netting for cattle?